These are some of the activists and supporters of the WOWpetition campaign, more are joining all the time, if you want to be involved… be involved! info@WOWpetition.com or catch any of us on Twitter!

Francesca Martinez @chessmartinez
The WOW petition is supported and has been submitted by actress and award winning comedian Francesca Martinez. Francesca has a large catalogue of television and radio appearances and has won a BAFTA for her role as Rachael Burns in the children’s television programme Grange Hill. The first disabled main character in the series. Today, she is an internationally acclaimed stand-up comedian, actress & writer and has appeared with Ben Stiller, Ricky Gervais and Kate Winslet in the spoof documentary ‘Extras’. Francesca has cerebal palsy and often describes herself as ‘wobbly’.

Francesca says: I think the Government are using this recession as a cover for implementing cuts and eroding vital services that people fought long and hard for, and we need to get together and protect these crucial support networks.

The current demonisation of people who receive benefits has to be challenged. The welfare state did not cause this recession. The benefit fraud rate is tiny – between 0.3% and 0.5% for ESA and DLA which proves how much genuine help is needed.

As a disabled person in the media, I want to help give this issue a voice. It’s morally wrong for the government to target those in need instead of saving money by targeting the real causes of this crisis, and close tax loopholes and regulate the financial sector.

To me, it’s a human rights issue. Anyone can become sick or disabled or a carer and at those challenging times, we need to ensure our state supports people instead of making their lives even harder. I’m proud to be backing such an important cause.

I’ve read stories of people committing suicides because of losing their benefits and many more people will die as a result of these cuts. Ironically, whilst stating that they want to help disabled people to work, the government are actually taking away their independence and making it harder for people to lead fulfilling and productive lives. It’s a scary time as we have a government who protect the interests of the business elite over the majority, including those groups who are in genuine need of support. Disabled people have much to offer society but life for many will become about basic survival, and, in one of the richest countries in the world, that is unacceptable. We will take the steps necessary to gain justice and restoration of our human rights which this coalition have been abusing. Our bottom line is, we have to do this, lives are being destroyed. No one of good conscience could ignore this situation.

Carole Ford @FordCarole
I received the Severe Disablement Allowance for four years in the mid 1990s, prior to any points test – medical evidence and statement only, assessed at interview by DSS. I was misdiagnosed with a variety of conditions, including myasthenia gravis, before finally getting the right physiotherapy to build up core strength, which I now do everyday to support my back. I have a law degree, graduated 1969, aged 23. I have two children and two grandsons aged six and four. I divorced in 1992, but have lived in the same house for 36 years and managed to work locally for the Civil Service for nine years, until I retired four years ago.

Ian Jones @edwinmandella
I was doing fine. Into my second job after leaving university having qualified as a Chartered Management Accountant. Flying high. People paid money to watch me and 21 others play football. Played for my County. Played for the FA Representative side. I hated pre-season because being one of the least skilful players on the team I had to be the fittest. Played for the Reserves Thursday evening to get fitter. Got up at 3am on the 9th August 1991 to drive up to Newcastle Upon Tyne for a Business meeting. Got as far as Chesterfield. Woke up (I use the term loosely) 2 weeks later. I’d watched Michael Watson get injured in the boxing ring – I’d gone and done something similar to him. From a position of no hope I fought back, ending up in Abu Dhabi 15 years later as the Chief Financial Officer of a $billion aircraft leasing business, until they sacked all the ex-pats! People I worked with didn’t believe I was disabled (although the DWP assessed me at 75% disabled (not enough for me to get DLA!!)). The limp, mood swings, memory recall of a goldfish, slurred speech, inability to carry a cup of coffee without chucking it everywhere etc didn’t register! They considered me eccentric in public (and probably weird in their private conversations). My career was over because as you get more senior the job becomes more about form than substance (Accountants joke!). Having become a house husband and professional golfer (!!) I got angry. I applied for benefits for the first time (2008) and through ATOS assessment to Lower Tribunal to Upper Tribunal back to Lower Tribunal I went from being 28% disabled to 45% disabled to 75% disabled (without legal representation). I then had an unpleasant interview with Seb Coe’s chronies at LOCOG ending up with me taking them to an Employment Tribunal. Again without legal representation, which cost me, because despite LOCOG admitting on stand they failed to make reasonable adjustments for me, they won because I hadn’t specifically accused them of that. Isn’t the British legal system great! Life wasn’t fair. So I decided to try to change that. First “The Spartacus Report” meant that my MP Theresa May was able to put a name to my face. Then a chance TwitCon about a “Silver Lady” led to WOWpetition. Theresa May said to me before the last election, which they didn’t win, that her Party wanted to treat disabled people fairly. So do I, which is why you must sign the #WOWpetition, because it isn’t fair at the moment. Disability is like the National Lottery – it could be you!

Laura @ambir
I’ve had many jobs, I’ve done lots of people and project management in different sectors. I have  After working many years for the same company, things started to go wrong and I had to take lots of time off, I was then told I was no longer needed.  Last year I completed a degree in health and social care with the Open University.   The internet has helped me a lot in many ways during difficult times and I am fascinated by social media and citizen journalism. I am appalled by the current propaganda against welfare recipients and even more appalled by the way the government is removing our safety net which we all have been paying for over the years.

Michelle Maher @mmaher70
Hi, I am 48 years of age and was involved in a car crash twenty years ago which has resulted in my on-going health problems. The cuts to welfare and the draconian and humiliating experience of being dragged before Atos and the fear of the brown envelope drives me to fight for the sick and disabled. I am currently trying to do a PHD at Sussex University, very badly I might add. Joined group through twitter and likeminded peoples aims to fight the ConDems. 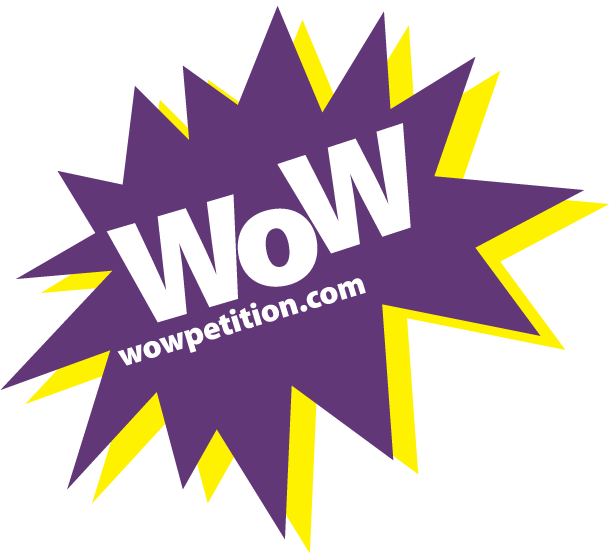